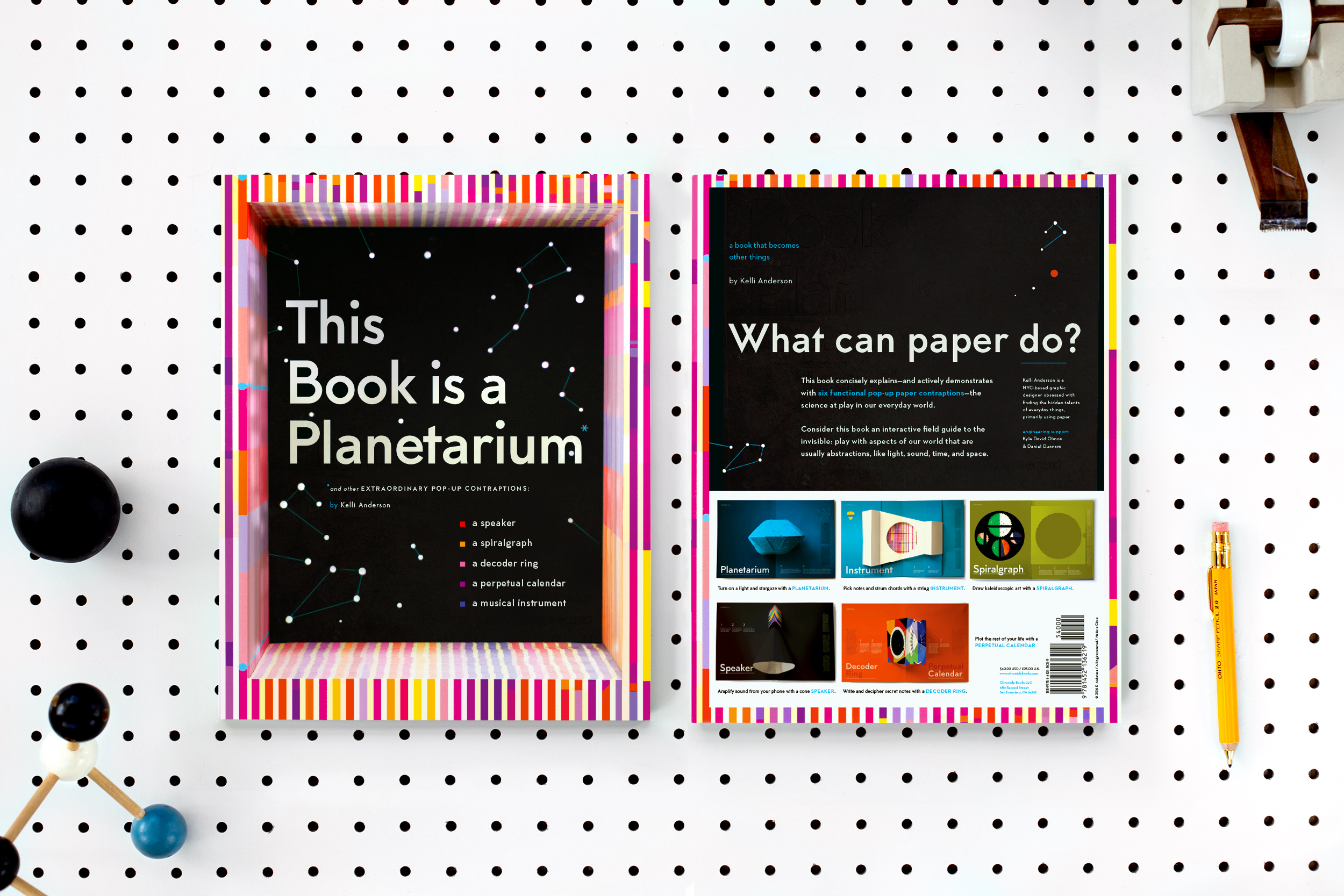 In the futuristic-sounding year of 2017, I published a pop-up book of mechanical paper tech.

Expanding out of This Book is a Planetarium’s pages, you’ll find: a stringed instrument, a perpetual calendar, a decoder ring, a spiralgraph drawing generator, a smartphone speaker, and—yes—a constellation-projecting planetarium. With a little tinkering, turning, and futzing: the resulting paper objects actually work! (despite of being made from “almost nothing.”)

The book was designed to showcase the potential of the material world—while making a case for the inherent educational value of lo-fi experiences.

In their clunky way of functioning, the past’s technology served this unacknowledged secondary function to humanity: These objects helped us glimpse—and therefore connect to —the magic of the physical world. By being glitchy and fussy (and by sometimes requiring manual tinkering or duct tape), lo-fi contraptions more transparently revealed the underlying laws of the world to us.

We’ve increasingly lost that connection point as our things have become more black-box (a loss which may account for the otherwise-irrational cultural resurgence of lo-fi media, such vinyl records.) Sophisticated, opaque things are beholden to what we expect them to do. More primitive things, on the other hand, are beholden to (and reveal a glimpse of) larger forces, like… say, the laws of physics. And, as it turns out, are fun for kids (of all ages) to play with. 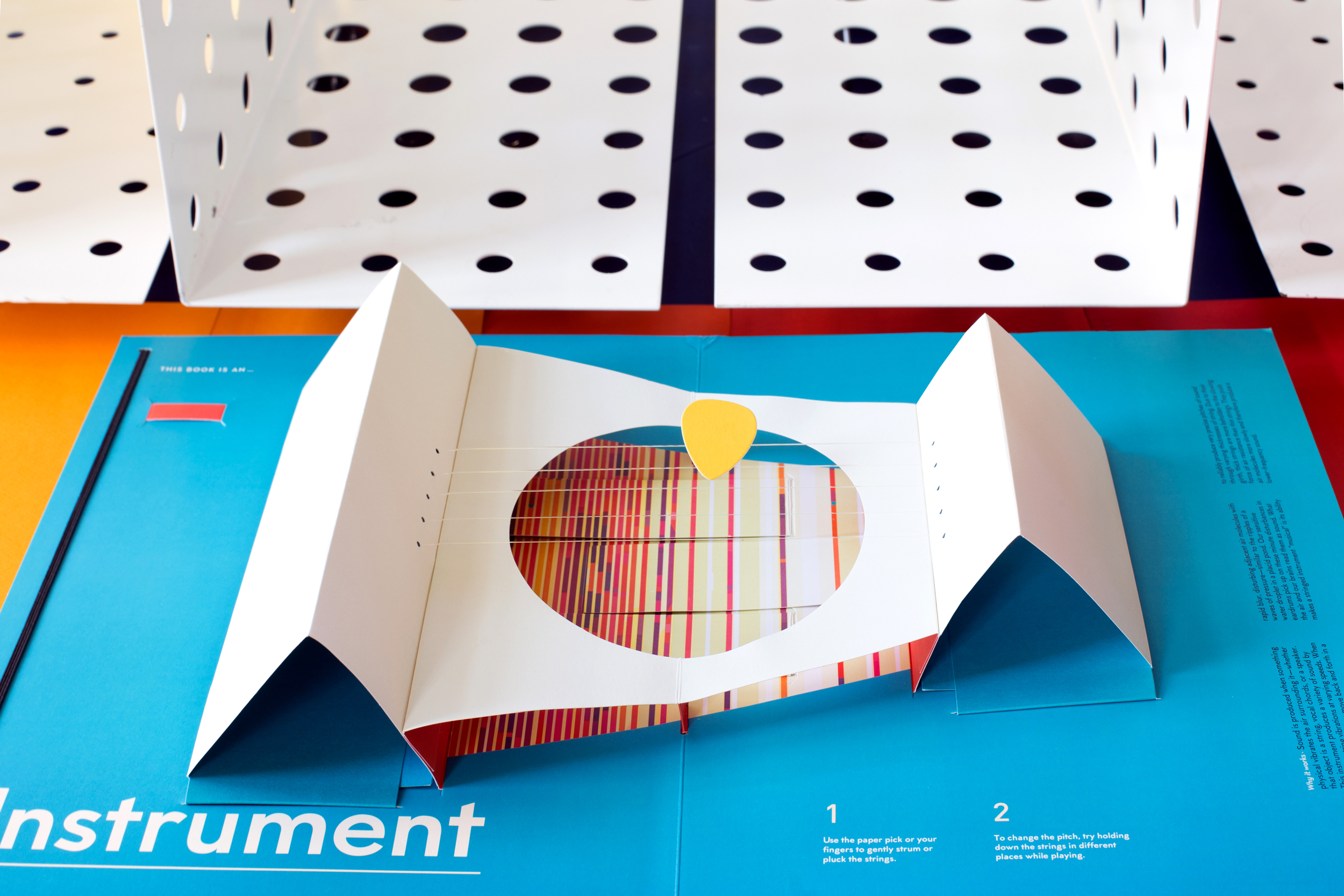 This project was born out of the paper record player invitation I made a few years ago (more about the process of experiencing that realization in this podcast interview with Debbie Millman.)

We made the record player “just because it felt cool” (the best reason to do anything!) But, the shocked response I received prompted quite a bit of reflection on why people were so surprised (and moved) by it. And where to take that realization that I stumbled-upon. 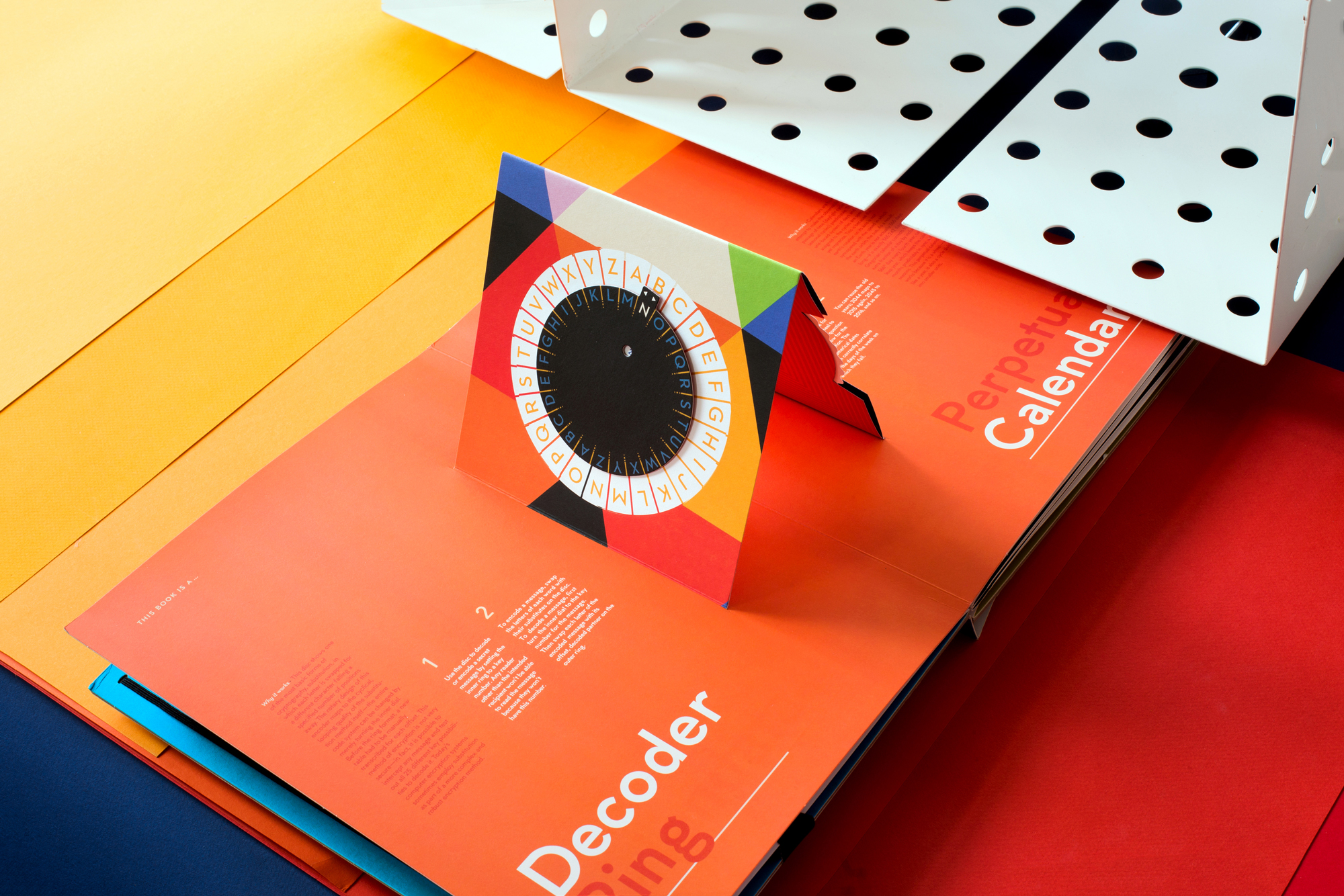 This is why I’ve been remaking the function of tech with something that most people consider trash: paper. By stripping technology bare of its complication and interfaces, I want to make a place where people can contemplate the wonders of the physical realm. 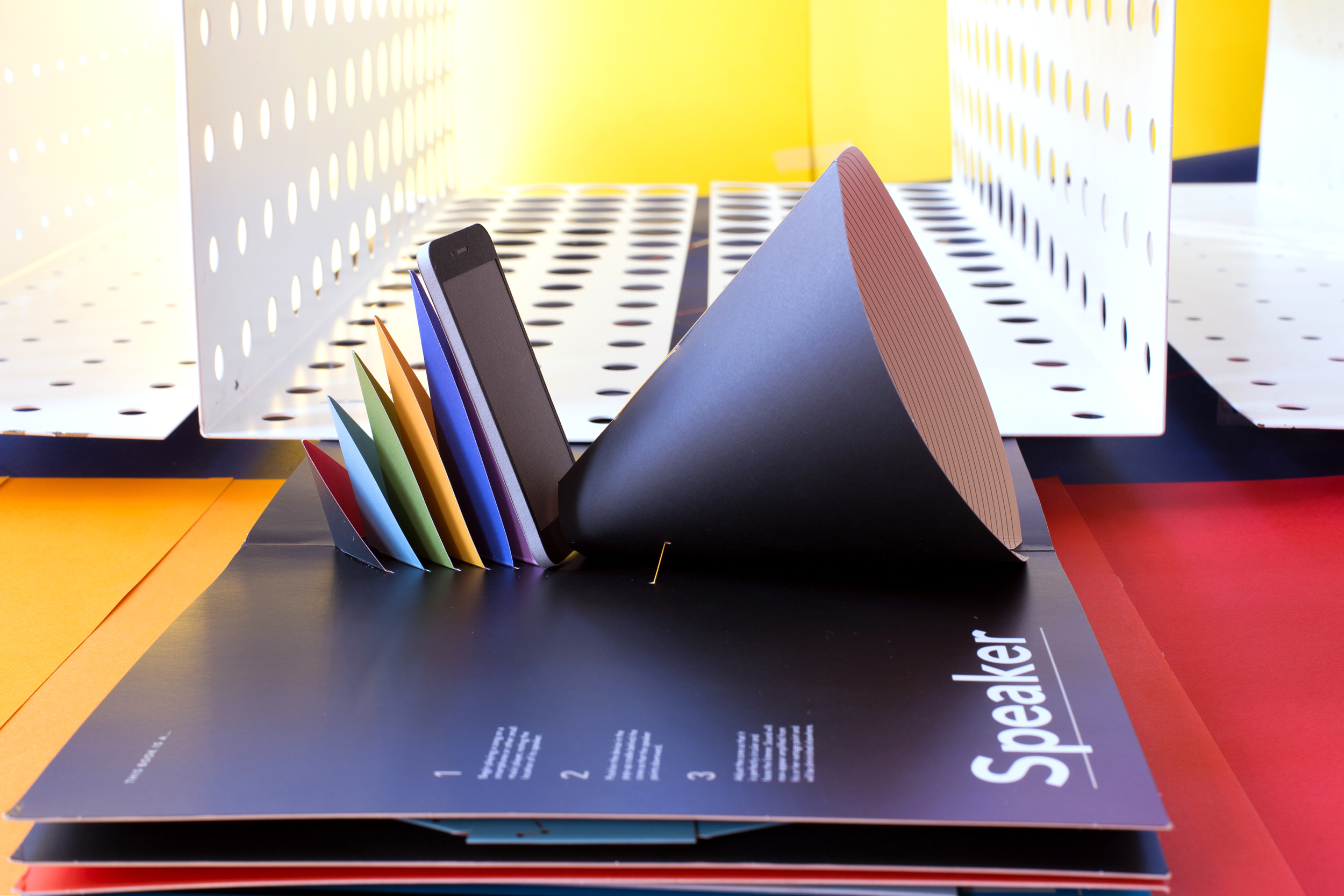 As long as humans continue to have hands, we can continue to think with them. And we can be moved, surprised, and enlightened by what our hands tell us about how materials, actions, and behaviors are structured. 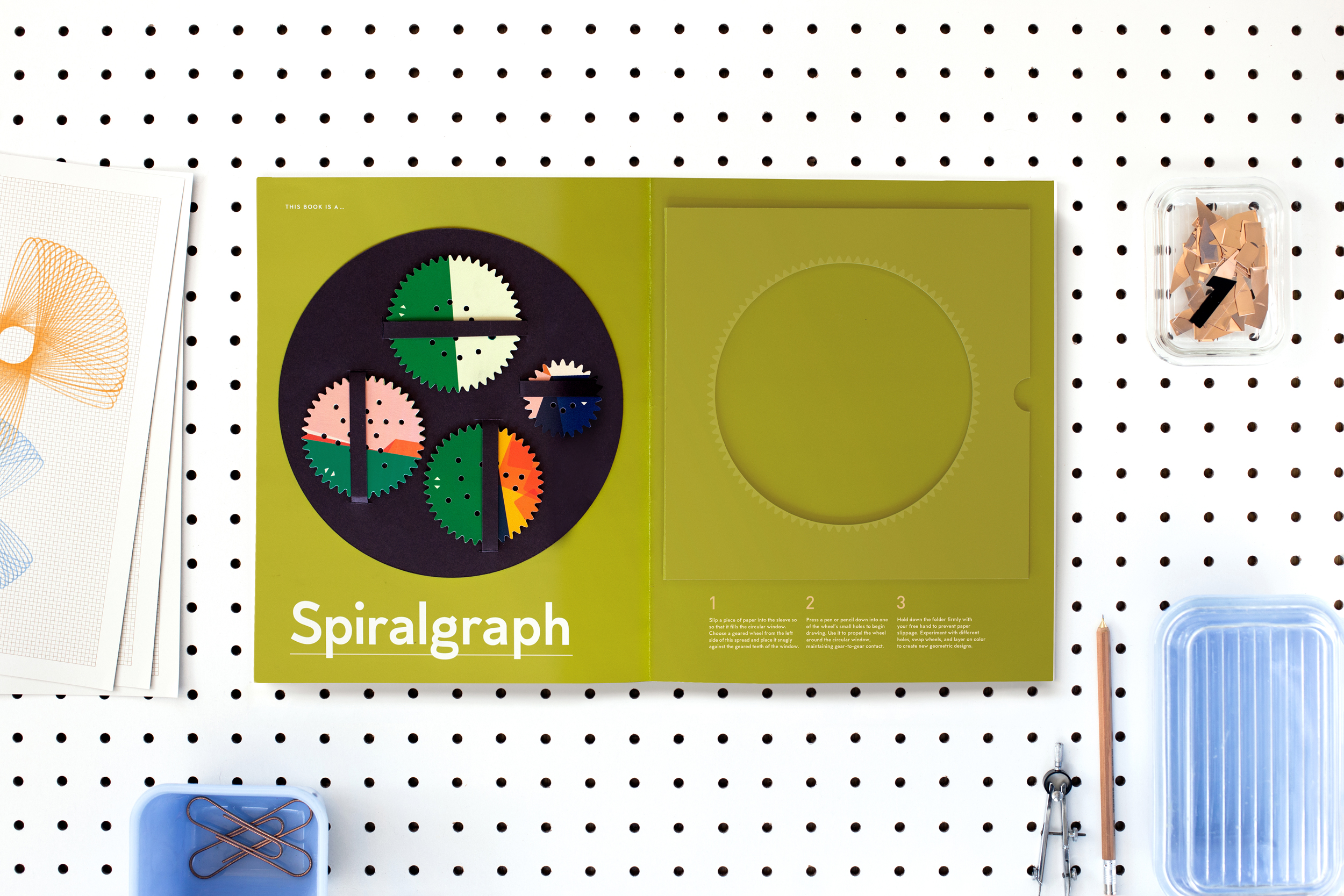 Mary Oliver provides these instructions for how to live a life, which resonated with me: “Pay attention. Be astonished. Tell about it.” At my desk, with a giant pile of “doesn’t-works,” I would eventually stumble upon something that kinda did. Often, I felt silently blown away by just-how-little it took to build something capable of performing some minor feat. I don’t know if other people will have this same reaction, but this is the best way I’ve found to share it. It’s a pretty fun book. 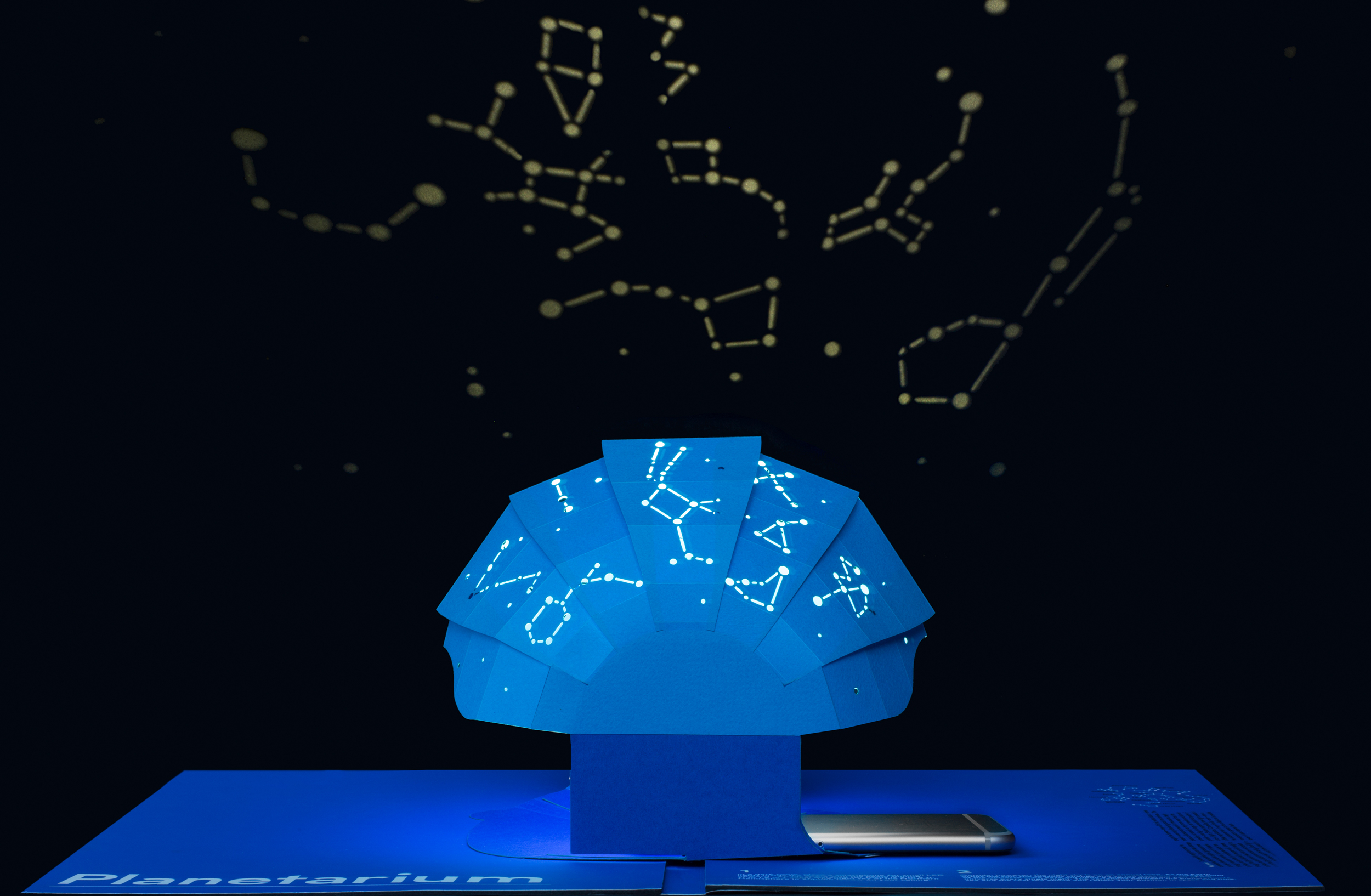 Behind the Scenes of This Book is a Planetarium (aka crushing all of the magic!)

OK, here is how this sausage got made:
1) Pop-up books begin life with the author ripping apart other people’s pop-up books as a form of love, homage, and study (many friends at The Moveable Book Society have confirmed this.)

2) Then, you end up with a disgustingly soft/crappy handbuilt pop-up. It doesn’t close… or even open, really BUT THERE’S A GLIMMER OF HOPE. Like an addict, you keep going. 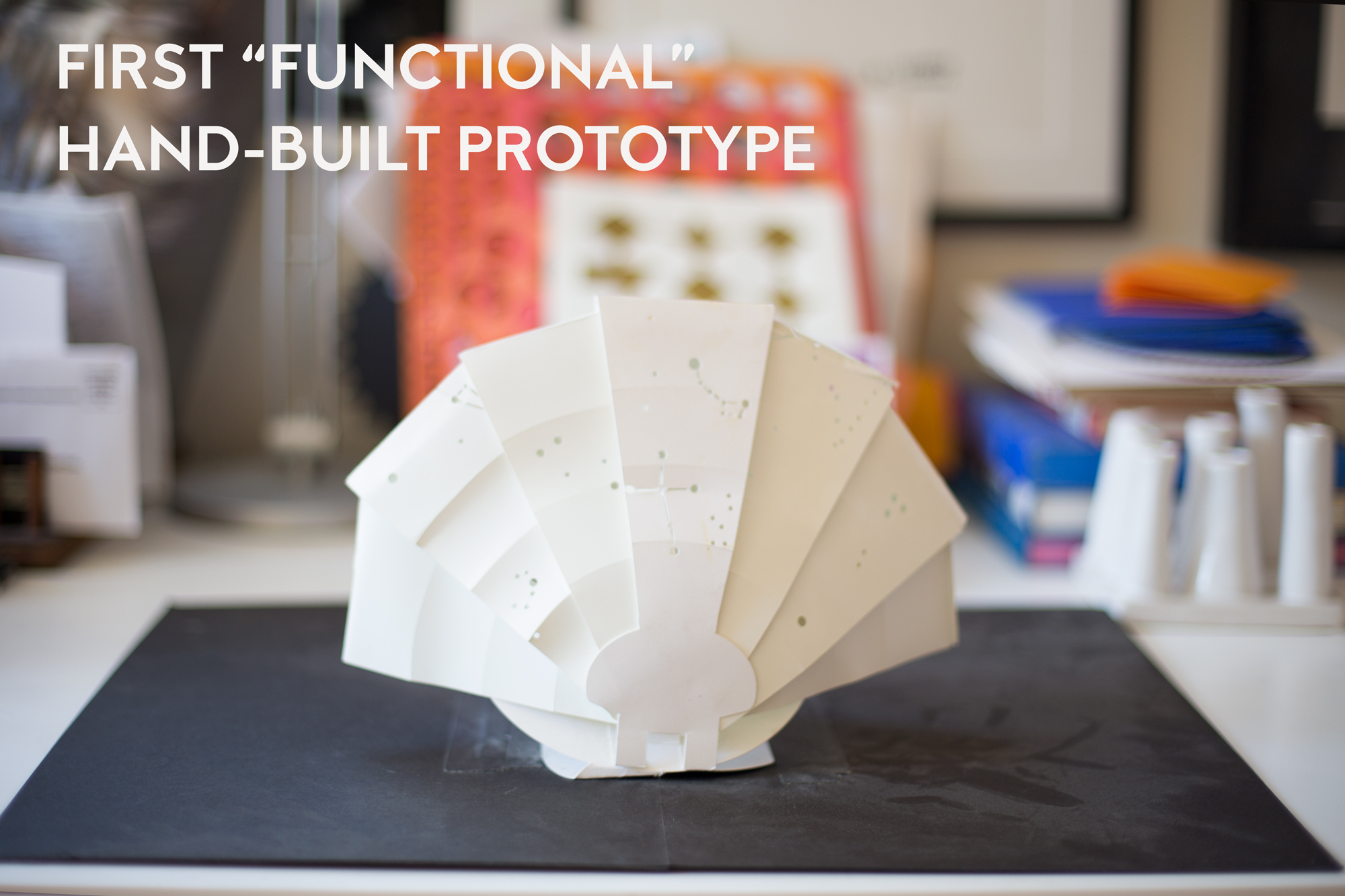 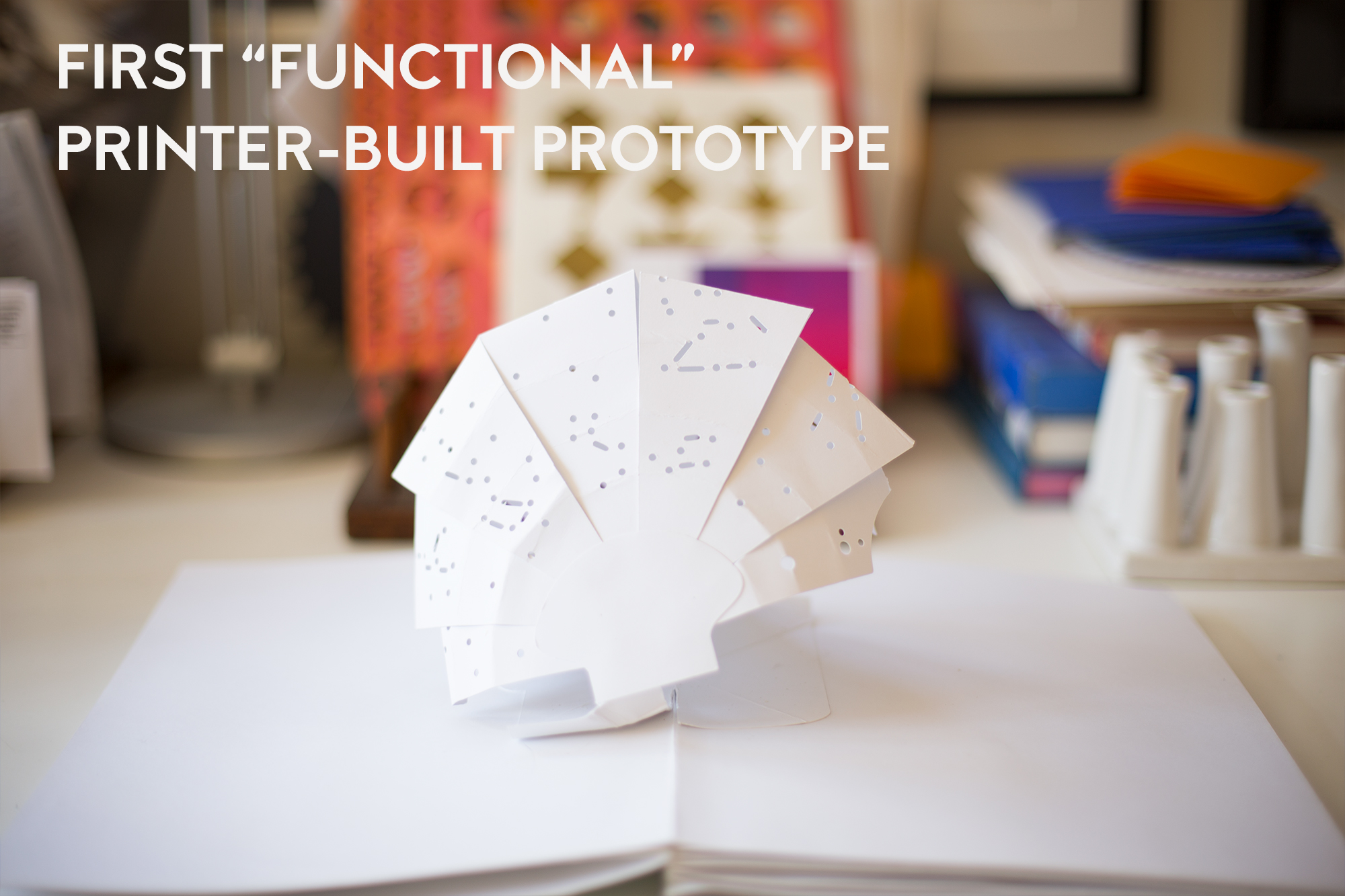 3) At some point in time, you feel sufficiently confident to scan your crappy-paper-form and make “dielines” which can be cut on a plotter. Refine, cut, glue, repeat. 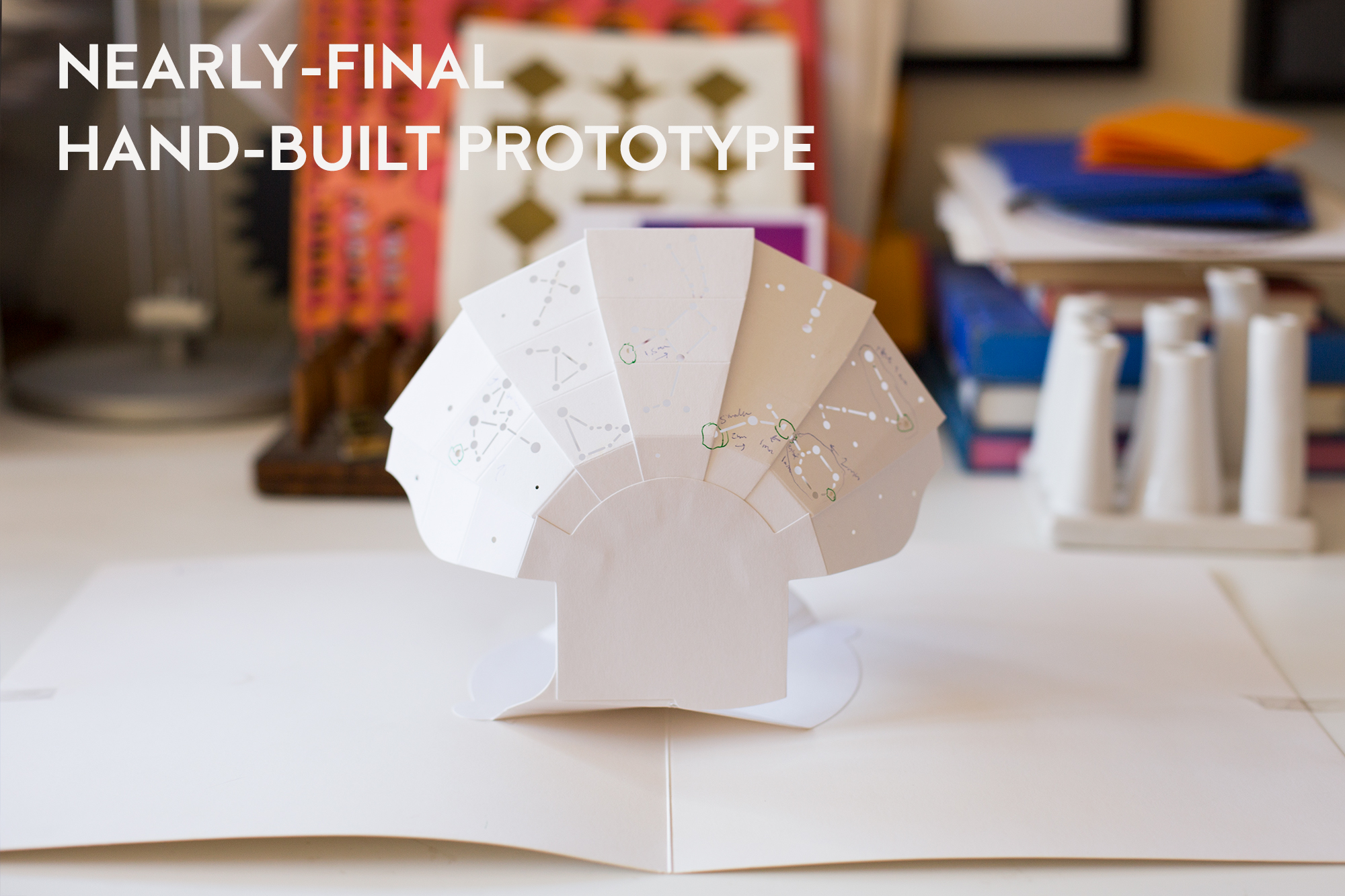 4) When you achieve perfection, you then send your prototype to the mass-production printer, who will invariably start back at 1) again. This time, progressing through the steps to refinement is very slow, and resemble sa game of telephone. 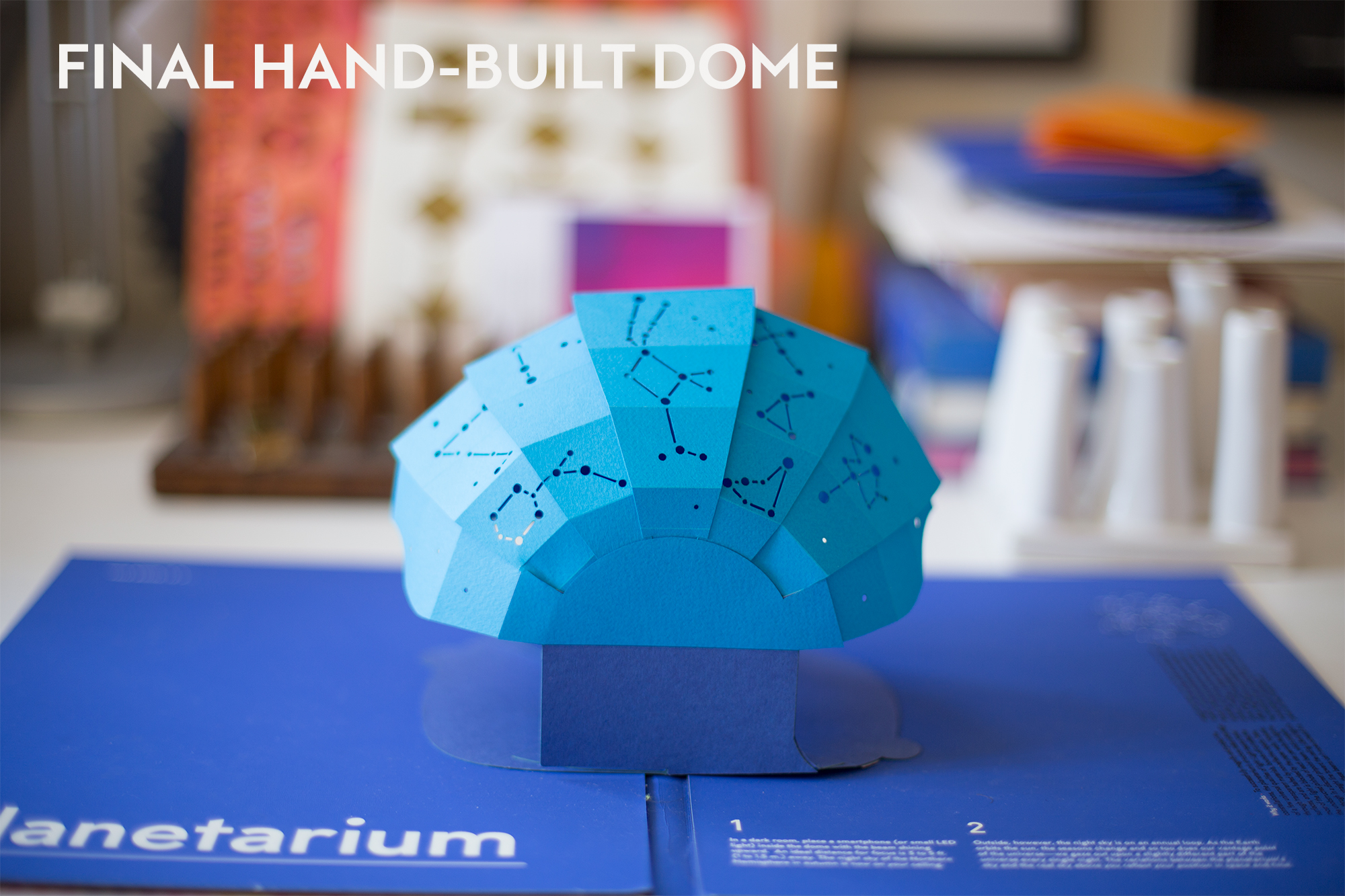 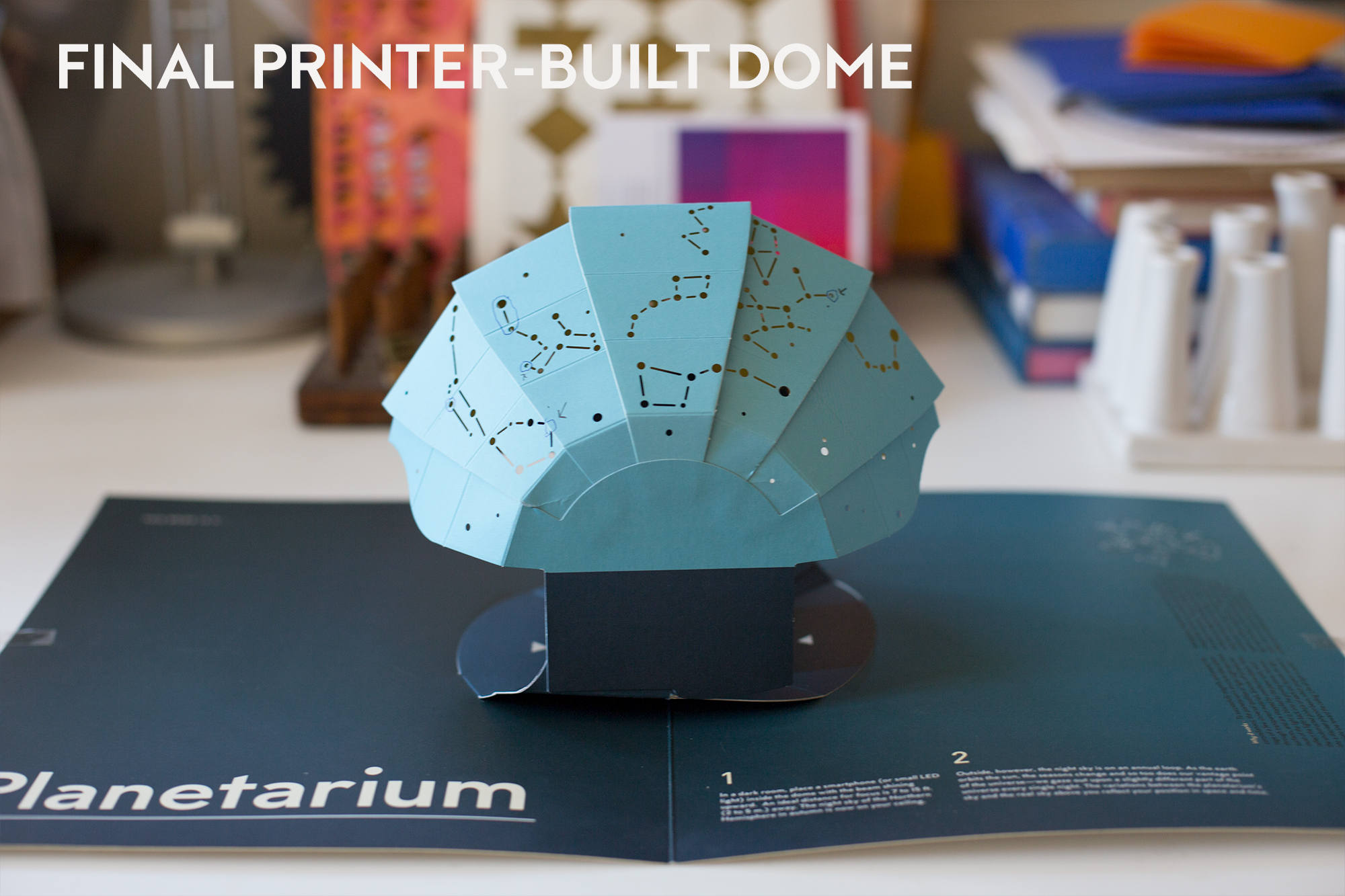 I made a ton of paper-gadget prototypes and only a few were published. Here is a full gallery of everything I came up with.

Personal favorite is this paper karaoke-room-light-machine (physical wheels that program light are ALWAYS A+++): 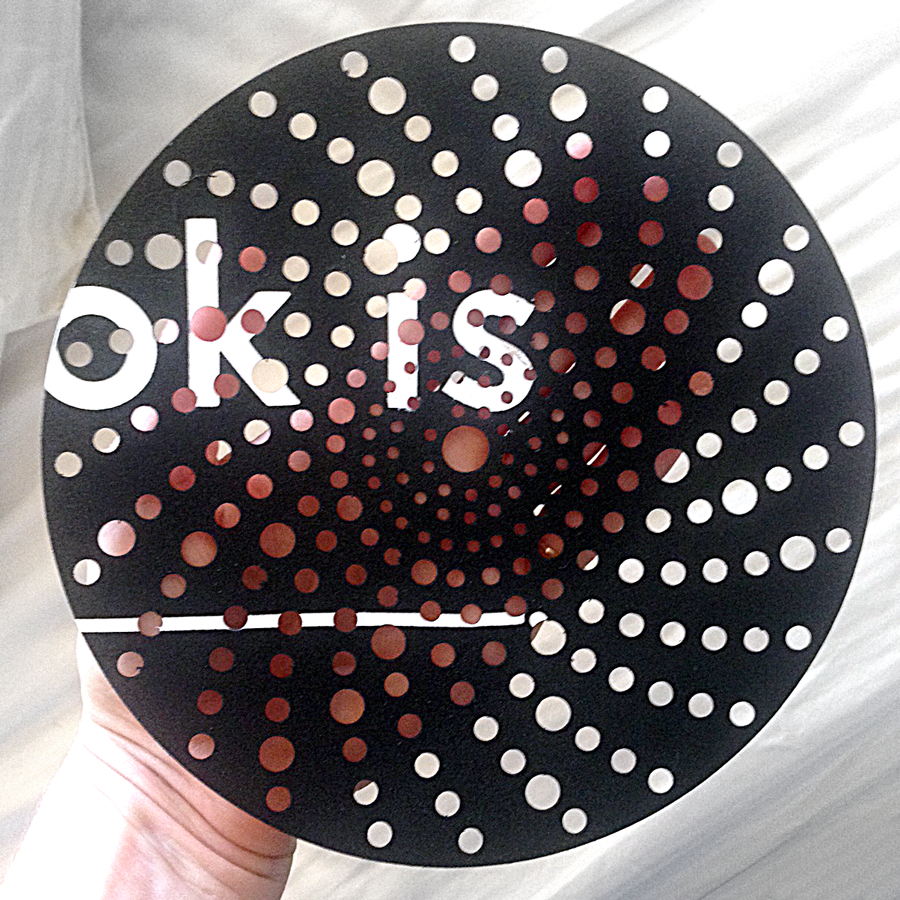 For someone who is accustomed to having their fingerprints all over every object they make, mass-production was extremely challenging. It took about 4 months to design and paper-engineer the book and then the publisher and I spent 2.5 years problem-solving with the printer. But we got it done! Both: Totally worth it and I’ll probably never do it again.

Credits:
The song used in the trailer is the best, most cosmic and ethereal version of ‘Major Tom’ in existence. It is by a self-taught musician named Susan Dietrich aka The Space Lady. Buy her music, it is amazing!

Thanks to: Daniel Dunnam (for the support and encouragement and sound-editing), to the team I worked with at Chronicle Books, to Kyle David Olmon and Structural Graphics (both advised on a few tricky production problems), to Alina Keay for the paper-prop production help, to Stefan Pelikan for the handmade galley assistance, to Jen Snow for the moral-support/PR help, Boris Ebzeev for editing the behind-the-scenes, and to Raul Gutierrez, Maria Popova, Debbie Millman, Daniel Morris Gardiner and Wendy MacNaughton for the invaluable feedback+support. I also worked on the book a bit during my creative residency with Adobe and during my residency at A/D/O. I consider myself so lucky to know you people! Thank you all! 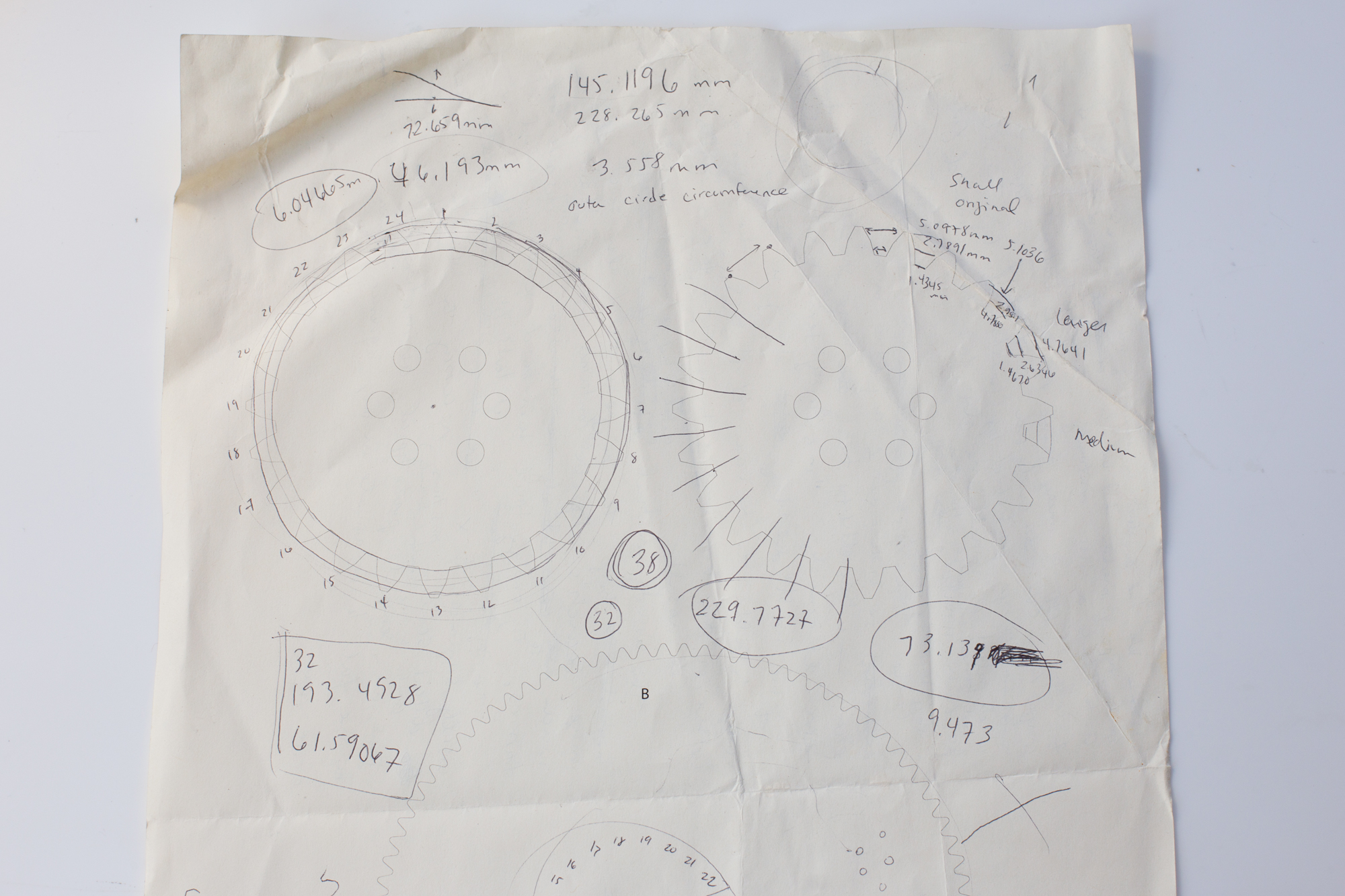 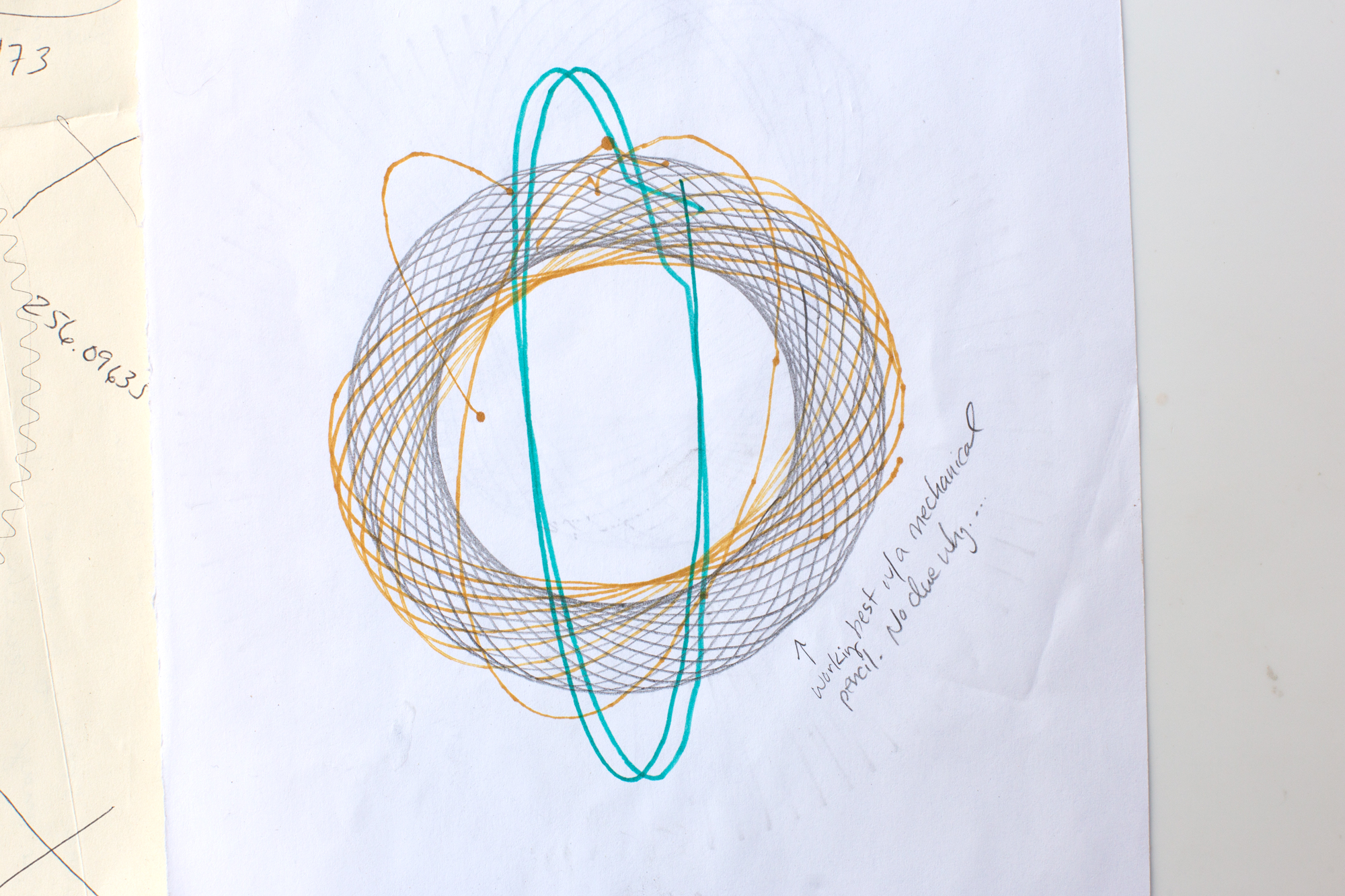 This post originally appeared on Kelli Anderson’s blog. Here from her directly at the Visual Media Design Conference on June 15 in San Francisco.